General Partner
Boston
Joined Battery in 2014
Focus Areas: Application Software, Infrastructure Software
"Helping first-time CEOs realize their potential in leadership roles is a source of real professional pride for me. Having been a CEO three times before, I truly enjoy using my experience to pay it forward."

Russ is a former software-industry operator–and three-time CEO–who shares that deep expertise with the software CEOs he backs. 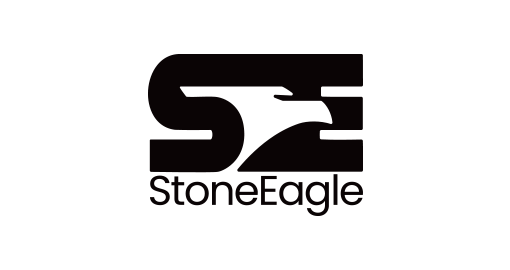 Russell Fleischer, a three-time, software-industry CEO, joined Battery as a partner in 2014 and was promoted to general partner in 2015. He also served as a longtime executive in residence at the firm.

At Battery, Russ focuses on new investment opportunities in the enterprise-software sector. He is currently involved with Battery portfolio companies Ascendant, Alogent, Learnosity, Plixer, StoneEagle and Workwell Technologies. His previous investments include Concurrent Real-Time (acquired by Spectris in July 2021) and Enviance  (acquired by Cority in January 2020). He also participated in the spin out and creation of Qognify, a company that Battery acquired from NICE Systems’ Physical Security Business Unit. His focus is later-stage deals, including buyouts, rollups and take-privates. Russ engages on a personal level developing new talent, both at Battery portfolio companies and inside the firm.

Prior to joining Battery as a partner, Russ was the CEO of HighJump, a supply-chain management software company formerly in the Battery portfolio, and a member of the company’s board of directors. During his four-plus years of leadership the business grew to $110M in revenues and a worldwide workforce of over 500 people from $50M in revenue. In July of 2014 the company was acquired by Accel|KKR and merged with Accellos. Before that Russ served as CEO of another former Battery portfolio company, Healthvision Software, a healthcare information-technology provider. Healthvision was acquired by Lawson Software in 2010. Russ and his team grew Healthvision from a company with $25 million in revenue into a global business employing more than 300 people and generating approximately $70 million in revenue and $20 million in EBITDA.

Prior to Healthvision, Russ served as CEO of TriSyn Group, a core banking applications-software provider focused on serving the top 100 banks in the U.S. There, he was responsible for launching the company as a standalone entity after its acquisition from Computer Associates. In addition, he has over time served as a board director for many public and private companies, including Callaway Golf, Adams Golf and HomeCareHomeBase, as well as former Battery portfolio companies Vero Software (acquired by Hexagon), Data Innovations (acquired by Roper Industries) and Rogue Wave Software (acquired by Audax Private Equity). Russ has been both a public- and private-company CFO, primarily in the software sector, for InConcert, InterWorld and Adams Golf. He also worked with CheckFree, D&B Software, Sales Technologies and Xerox.

Russ earned a BA in economics from Johns Hopkins University and an MBA from Vanderbilt. He has served as a trustee for Cooks Children’s Hospital in Fort Worth, a trustee for Fort Worth Country Day and a board member for the Michael E. Nozik Foundation in Rochester, NY, which raises funds to send deserving children to Camp Seneca Lake in the Finger Lakes of western New York.

Leadership
Your C-Suite Is Way Too Crowded
HR & Finance
Want to Hire More Women? They Need to Be in Your Network
Leadership
Think. Decide. Act: Leading Through Tough Times
VIEW ALL INSIGHTS BY Russell Fleischer Flexible Capital - Battery Ventures
Insights from Battery's private equity practice
We use cookies on our website to give you the most relevant experience by remembering your preferences and repeat visits. By clicking “Accept”, you consent to the use of cookies.
Accept
X
Manage consent